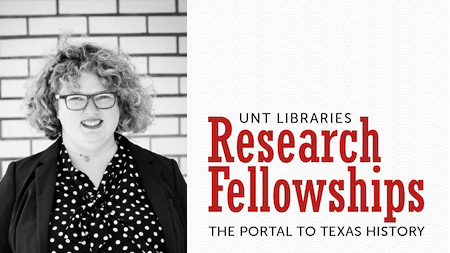 B’nai Borderlands: The Development of Jewish Communities in the U.S.-Mexico Borderlands

This project explores the development of Jewish communities in the U.S.-Mexico borderlands including towns across Texas, Arizona, and New Mexico such as El Paso, Laredo, Las Cruces, and Tucson during the twentieth century. Given that Jews in smaller communities such as these towns are often considered as existing in isolation to the rest of Jewry, I aim to emphasize their connections to American and international Jewish institutions and organizations. Close attention will also be paid to Jewish migration patterns to the borderlands as well as the relationship between Jews and non-Jews in the region.

Gabrielle Lyle is currently a PhD student in History at Texas A&M University where she has already earned her MA in History. She is pursuing a graduate certificate in Digital Humanities. Gabrielle holds a BA in International Studies from The Ohio State University. Her research examines the development of Jewish communities in the U.S.-Mexico borderlands. Gabrielle’s work has received support from the Arizona Historical Society, the Southern Jewish Historical Society, and the Texas Jewish Historical Society in addition to the Portal to Texas History.