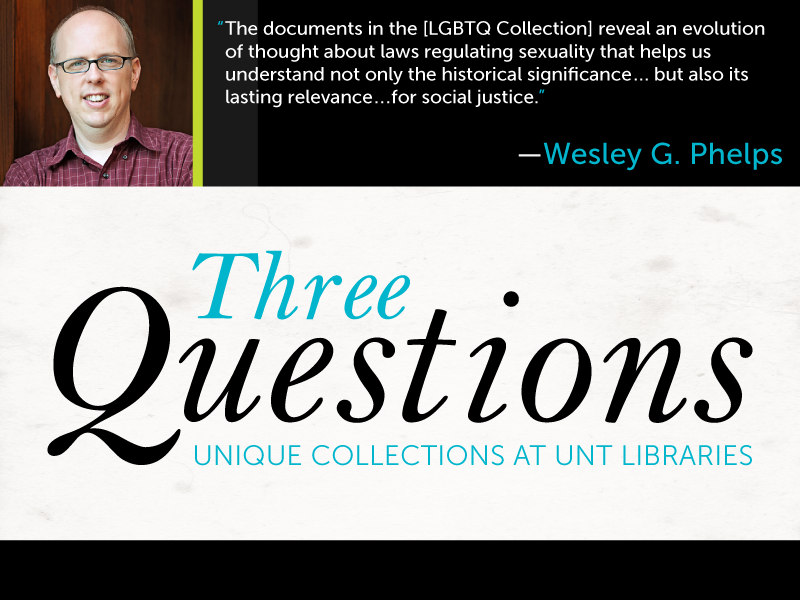 Three Questions is an initiative to share the value that our faculty, students, and others in the UNT community derive from using The Portal to Texas History at UNT Libraries.

Wesley G. Phelps received his B.A. and M.A. from the University of North Texas and his Ph.D. in history from Rice University. He is currently an assistant professor of history at Sam Houston State University in Huntsville, Texas, where he teaches courses on recent United States history, the American South, and LGBTQ history. His first book, A People’s War on Poverty: Urban Politics and Grassroots Activists in Houston, was published by the University of Georgia Press in 2014. His current research focuses on gay and lesbian political activism in the late twentieth century.