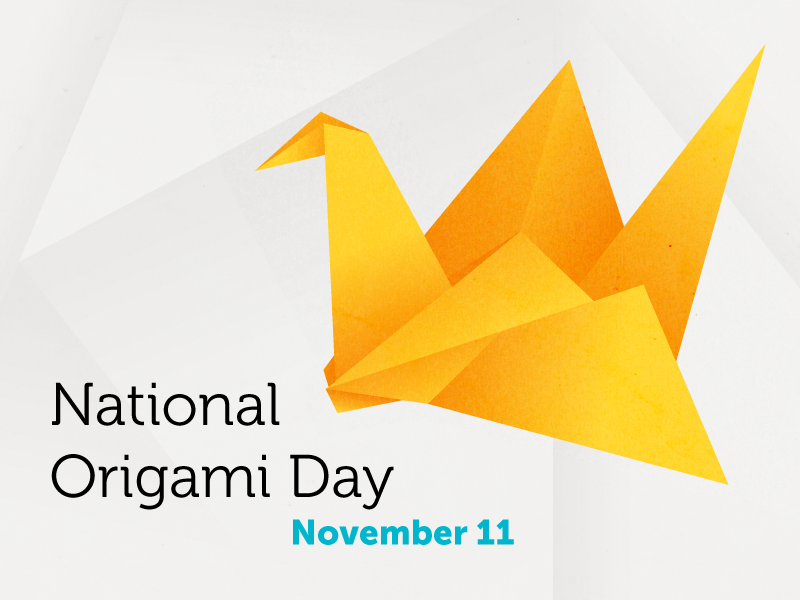 Check out our resources from the Library Catalog and learn all about the ancient art of origami.

Although the story of how it began is debated, the popularity of origami through the centuries is undeniable. Originally believed to have grown in China after the invention of paper, origami spread to Japan, where it became a component of Shinto wedding ceremonies. The word “origami” comes from the combination of the Japanese words “ori” meaning “to fold”, and “kami” which means “paper.”

In Japan, the crane - or orizuru - is one of the most popular origami creations. It is a symbol of peace, and has also been used to represent healing and an end to suffering. A monument in Hiroshima that memorializes the children lost during the dropping of the atom bomb at the end of WWII is topped by a statue of a young girl holding an origami crane preparing to fly into the air. The girl, Sadako Sasaki, suffered from leukemia and would fold paper cranes in the hospital in hopes of getting better. In the years since she succumbed to the illness, people leave thousands of paper cranes on the statue, and her story has been synonymous with the pursuit of peace across Japan and around the world.