Aquiline Books (formerly Eagle Editions) is an imprint of the UNT Libraries designed for works of scholarship, both new and reissued, from the UNT community. All publications from Aquiline Books are freely available to read online, and some are also available in print, as e-books, or both. 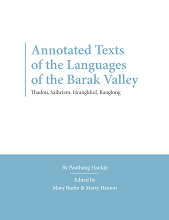 This inaugural volume of the CoRSAL Occasional Publications is a collection of traditional and personal texts in Thadou, Saihriem, Hrangkhol, and Ranglong, four languages of the Barak Valley region of Assam, India.

Bureaucracy usually only becomes visible when it stops working—when a system fails, when an event gets off schedule, when someone points to a problem or glitch in a carefully calibrated workflow. But Bureaucracy: A Love Story draws together research done by scholars and students in the Special Collections at the University of North Texas to illuminate how bureaucracy structures our contemporary lives across a range of domains.

Connecting Soul, Spirit, Mind, and Body: A Collection of Spiritual and Religious Perspectives and Practices in Counseling

This edited volume presents spiritual and religious perspectives and practices that can be integrated into counseling, written by experts in the field. Included are topics such as transpersonal experiences, prayer, meditation, and non-traditional spiritual approaches.

The Criminal Law System of Medieval and Renaissance Florence

The Criminal Law System of Medieval and Renaissance Florence describes the law, procedure, courts, police and crime from the late thirteenth century through the early fifteenth century.

Economics: From the Dismal Science to the Moral Science: The Moral Economics of Kendall P. Cochran

Adam Smith published The Theory of Moral Sentiments in 1759 and established the ethical foundation for The Wealth of Nations (1776) as well as the important role played by custom and fashion in shaping behaviors and outcomes. Kendall P. Cochran believed in Smith’s emphasis on value-driven analysis and seeking solutions to major problems of the day. Cochran believed that economists moved too far in the direction of analysis free of words like ought and should and devoted his career to establishing that economics is a moral science.

Enemies Within: The Cold War and the AIDS Crisis in Literature, Film, and Culture

Enemies Within traces the discourse of hostility, hysteria, and global threat that links the literature and film of the cold war era with that of the AIDS era. Not only the political and biological illnesses themselves but also the fear and panic they engender are the “plagues” with which Jacqueline Foertsch is concerned in this wide-ranging study.

Everything Less Vast Than Love—Let Go Of

Haj Ross is an almost completely unpublished poet, and a completely amateur artist. However, since around 1970, when he discovered blending colors with artist markers, he has done more painting than poeming. In this book, he has tried to let these two of his art forms talk to, and look like, each other. 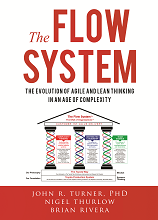 The Flow System: The Evolution of Agile and Lean Thinking in an Age of Complexity

“The Flow System shows how to generate and nurture self-organizing teams that mobilize the full talents of those doing the work to cope with dizzying change and complexity, while also drawing on the contributions of those for whom the work is being done–the customers.” Steve Denning, author of The Age of Agile.

In 1942, Colonel Curtis E. LeMay and his 305th Bomb Group left Syracuse, New York, bound for England, where they joined the Eighth Air Force and Royal Air Force in war against Germany and her allies. Over the next three years LeMay led American air forces in Europe, India, China, and the Pacific against the Axis powers. His efforts yielded advancement through the chain of command to the rank of Major General in command of the XXIst Bomber Command, the most effective strategic bombing force of the war.

The Nature of True Virtue: Theology, Psychology, and Politics in the Writings of Henry James, Sr., Henry James, Jr., and William James

James Duban’s The Nature of True Virtue is the first comprehensive exploration of the importance of Jonathan Edwards for the writings of the elder Henry James and his illustrious sons.

Near-Death Experiences While Drowning: Dying Is Not the End of Consciousness!

“I could see, floating in the air, the lifeguards attempting to resuscitate a lifeless body; it was mine.” “I saw a bright light that asked me, in a life review, what I have done in my life for love and learning.” “I felt peace and no fear of death.”

These are words of those who “died” temporarily and reported how they felt when they returned from the “other side.”

This collection of essays on Richard Wright’s Native Son developed from a research-oriented, upper-division University of North Texas Honors College course taught during spring 2015. The student authors have exhibited burgeoning skills as historical contextualists, mindful of the author’s times, social circumstance, personal reading, narrative point of view, and aesthetic achievement, evidenced by six of these essays having been accepted for presentation at the annual conference of the American Studies Association of Texas.

Special Education: A Beginner's Guide to Serving All Students

Take an important journey with future STEM educators in learning how to serve students with special needs by making your classroom a place of inclusive learning for all.

Window onto a Vanished World: Lahu texts from Thailand in the 1960’s

James A. Matisoff. Edited by John B. Lowe and Charles Zhang 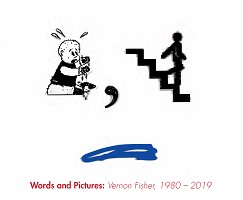 Words and Pictures is an exhibition and catalogue of paintings and sculptures by Texas artist Vernon Fisher, dated 1980 to 2019.

In El valor literario del Lázaro de 1555, the author shows that this continuation of the Segunda parte del Lazarillo de Tormes can be properly classified as a picaresque novel, and not just in the tradition of the Lucianesque satirical genre, given the many characteristics of the pícaro that Lázaro de Tormes presents as well as the structural elements of the novel itself.