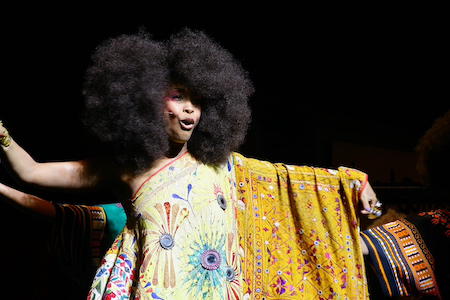 With a new federal grant, UNT is helping to preserve over 40 years of black cultural expression and the experience of social movements affecting the Black community. UNT Libraries has been awarded $126,989 from the National Historic Publications and Records Commission to digitize and digitally preserve archival audio and video recordings from the archive of The Black Academy of Arts and Letters (TBAAL). Recording will be publicly available to stream and view through the Portal to Texas History. Work has already begun on this project and is expected to be completed by summer 2023.

During this two-year project, UNT will digitize over 1,800 pieces of archival media from the TBAAL archive. Library staff and students will view each recording and add detailed descriptive metadata to make each recording easily searchable and findable. The recordings proposed for digitization include the work of Margaret Walker, Ossie Davis, Ruby Dee, Kirk Franklin, Dee Dee Warwick, Esther Rolle, Jennifer Holliday, Erykah Badu and CeCe Winans among many others.

A sample of digitized content is already available through the Portal to Texas History, and includes:

These recordings are particularly at risk due to their age and the fragility of the media containers. Magnetic tape media such as VHS, BetaCam, and audio cassette tapes have a life expectancy of 10-30 years. Many recordings in the TBAAL archive are 40 or more years old, placing them well beyond their life expectancy. These recordings require extreme care to be digitized without further damage or destruction of the magnetic tape. Digitization is being performed by Scene Savers, a Kentucky-based company specializing in the digitization of rare archival recordings.

TBAAL is a 43-year-old arts organization whose mission is to promote, cultivate, foster, preserve and perpetuate the African, African American and Caribbean Arts and letters in the fine, literary, visual, performing and cinematic arts. Led by visionary founder and President, Curtis King, TBAAL is a nationally recognized leader in Black cultural expression.

UNT Libraries house a variety of Special Collections, including the KXAS/NBC5 Television News archive, the LGBTQ archives, and the Byrd Williams Family Photography Collection. Special Collections are open to students and faculty as well as the general public. Please contact specialcollections@unt.edu for assistance using the TBAAL archive or any other special collections.

The National Historical Publications and Records Commission (NHPRC), a statutory body affiliated with the National Archives and Records Administration (NARA), supports a wide range of activities to preserve, publish, and encourage the use of documentary sources, created in every medium ranging from quill pen to computer, relating to the history of the United States.