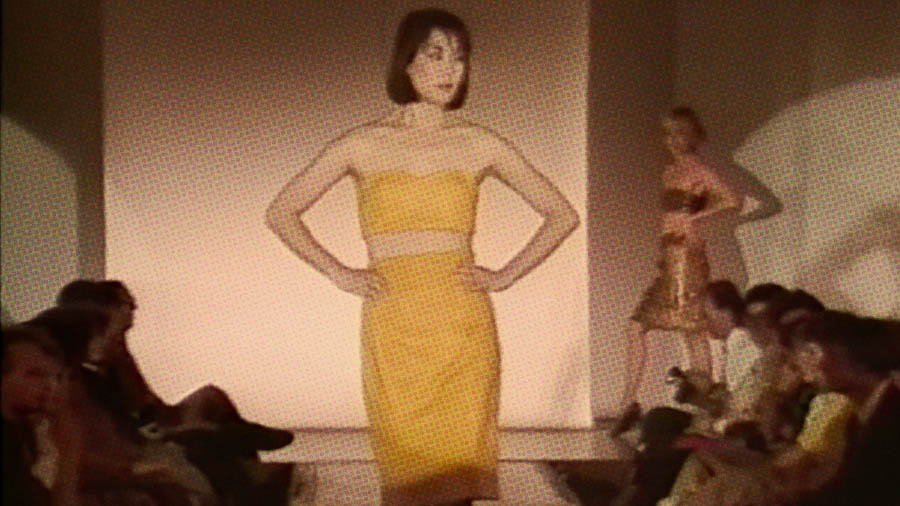 The Center for Media Production Collection is a collection of historical video footage made between 1980 through the early 2000s at the University of North Texas. The Special Collections department has just completed the first phase of a project to digitize these fragile and unique tapes, both to preserve the content they contain and make the recordings accessible through the UNT Digital Library. Over 400 tapes were digitized in the first phase of this project and are now available to view online.

Many films were produced by the Center for Instructional Services, such as A Prescription for Life: Child Auto Restraint, Things about Shapes, and Recreational Sports. The Center for Instructional Services’ goal was to train the faculty and staff of NTSU to ensure the best experience for students, while also informing students of the resources available for them. Other footage includes historic events from the university’s past, slide shows of art for an art appreciation class, and dance recitals.

Along with the training videos, there are videos about the programs offered for students, such as The Cooperative Training Program, which places students with internships that are directly related to their major, and The Center for Marketing and Design, which was a program for students interested in the fashion industry. The annual Art Wear student fashion show is also recorded in this collection.

The 1986 Conference on the Literary Arts, sponsored by the UNT Center for Texas Studies, is well documented in this collection of recordings. Jim Lehrer, Horton Foote and Sandra Cisneros participated in this conference as well as actors and musicians including Robert Duvall and Steven Fromholtz.

The Center for Media Production Collection has a few series of videos that represent the School of Music in the 1980s. One series, called Composition in the Twentieth Century, follows composers and students in the music program while preparing for a concert. Another series, called Cage Documentary, includes footage of John Cage, a famous American composer, guest composing for a concert at North Texas State. The Jazz Lecture Series, begun in 1982, contains live performances interspersed with lectures and questions from the audience. The lecture series featured prominent jazz artists including Dizzy Gillespie, Ron Carter, and Michael Brecker.

A portion of this collection includes footage of b-roll, or supplemental video that makes a film more interesting. Although it may seem unimportant, this is what gives a majority of the videos life. Without it, the videos would only include interviews and would make it harder to tell the story without it.

The Center for Media Production Collection is available for viewing and research on The Portal to Texas History. Additional videos will be added in a second major digitization project to begin in spring 2020. More information about this collection as well as others is available through our website or by contacting UNT Special Collections.