Through the Lenses of Ray Bankston and Don Shugart: Horse Photos from the UNT Libraries 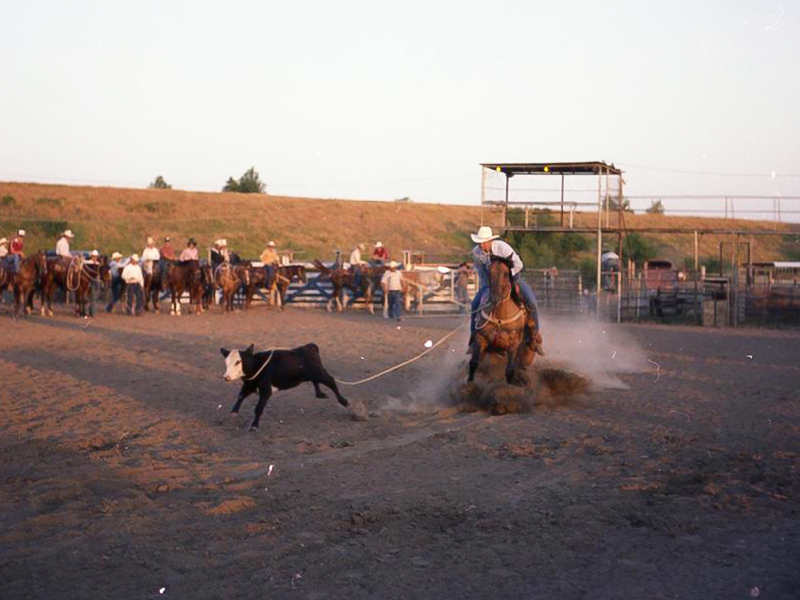 You may not know it, but Denton County is home to one of the largest concentrations of horse ranches in the world. There are over 350 such ranches in Denton County and many more in the surrounding North Texas area. In addition to housing one of the largest concentrations in the world, it’s also home to a huge diversity of horses. Thoroughbreds, American Quarter Horses, Arabians and Appaloosas can all be found.

The book will be available for purchase online in December.

“I think it gives readers a glimpse into the history of horse ranching, which is such a big part of the north Texas economy,” said Kevin Hawkins, associate librarian at UNT. He said equine enthusiasts “will have a chance to see some photos of some ancestors of today’s most prominent horses.”

Hawkins helped coordinate the production of the book. Part of his role at UNT is to promote the unique collections that UNT Libraries houses. “Through the Lenses of Ray Bankston and Don Shugart” is the first book UNT Libraries is producing to do that.

“It’s a rich set of materials that we think most people don’t know exists,” Hawkins said.

Dana Lodge, the director of sales at the Denton Convention and Visitors Bureau, directs tours of the horse ranches in the area and is an expert on the industry.

She said the main reason there are so many horse ranches in the area is the sandy loam soil of the North Texas region. Mud is bad for horse hooves, and it can damage a horse’s health and show quality. But sandy loam soil drains immediately and neutralizes that threat to the horses. That’s what allows the industry and community to thrive in North Texas.

“I think it’s a really large part of our history,” Lodge said. “It’s our largest source of agricultural economic income. It’s a really important, viable industry. And people don’t realize its right here in our own back yard. ‘Through the Lenses’ shows an awareness that the horse ranch industry is here and how important it is to us.”

Don Shugart started photographing horses in 1972. He’s a Dallas-Fort Worth native but now lives in Oklahoma where he continues to add to his collection of equine photography.

Shugart specializes in horse portraits, which may sound easier than it actually is. For every shot, Shugart had to make sure the horse looked perfect: straight legs, no stray hairs, eyes on the camera and head held high.

“There were times I wanted to kill them, but I’ve enjoyed every minute of it,” Shugart said. “It’s kind of nice being able to make a living doing what you enjoy. I enjoy meeting the people that own them and ride them. It’s always my goal to make their horses look better than they are.”

Shugart said he got into horse photography because there was always an event going on in the area that needed a photographer. Ray Bankston had been working the scene for a decade by the time Shugart arrived, but they were able to work together in harmony.

“You have to realize there are so many horse people around, no one photographer is going to satisfy all of them,” Shugart said. “We were in competition but we weren’t in competition at the same time. I’ve helped him, he’s helped me. We have a real good relationship.”

Bankston said he entered the industry by accident. He had been interested in photography since the 7th grade, but it wasn’t until a man asked him to take a photo of the winning horse at a race he was attending that Bankston realized he might make a career of it.

Bankston nodded his head in surprise.

“How much do you charge?” the man asked him.

Bankston didn’t have an answer.

Bankston agreed and walked away from the deal with $12.50. Another man approached him and asked him to shoot some photos of his horse as well. Bankston, ever the businessman, replied, “Sure, it’s $3.50 for the first copy and then $3 for every copy after that.”

It was all business after that. Bankston bought a mobile home that he converted into a black room. He and his wife, Joyce, who together formed Dalco Photography, would go out to the horse shows and develop the photos on site for customers.

Sally Harrison, who has documented the North Texas horse ranch scene as a writer and photographer for years, wrote the introduction and captions for the book. She said the majority of her work came through working through UNT Libraries extensive collection of photographs, documenting the photos and identifying the horses in each photo. She spent long days at the Special Collections library looking over the photos with a desk lamp on and a magnifying glass in her hand.

“I think a lot of people that are interested in horses will be interested in seeing some of these images have never been published before,” Harrison said. “I think it will be interesting for the general public too because of the cowboy and the American image contained in the photos. This is a nice collection of the last half of the last century, and it shows how the times have changed.”