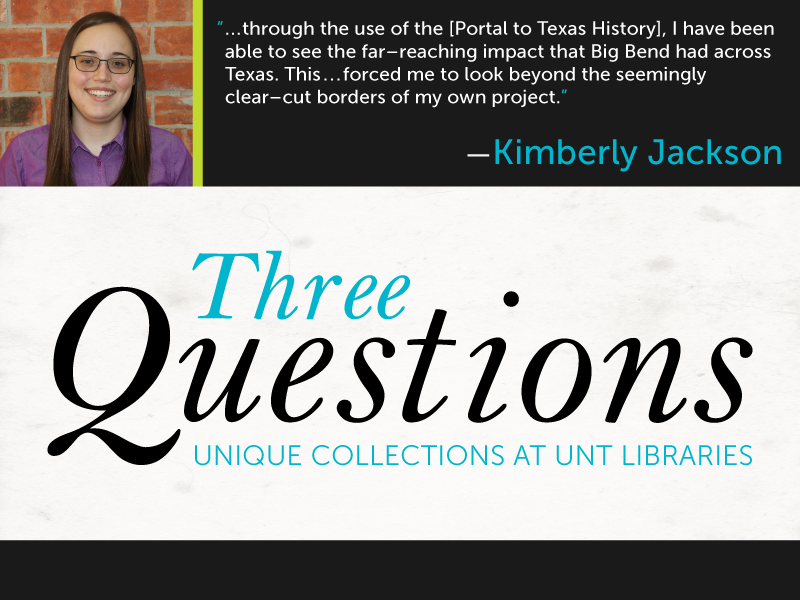 Three Questions is an initiative to share the value that our faculty, students, and others in the UNT community derive from using The Portal to Texas History at UNT Libraries.

Kimberly Jackson is a master’s student and Teaching Assistant in the History Department at the University of North Texas. She earned a bachelor’s degree in history and mathematics at the University of North Texas. In the 2018-2019 academic school year, Kimberly will complete her thesis on the Civilian Conservation Corps in Big Bend National Park. Her larger academic interests include borderlands and environmental history and hopes to apply her research to larger studies of the U.S.-Mexico Border.