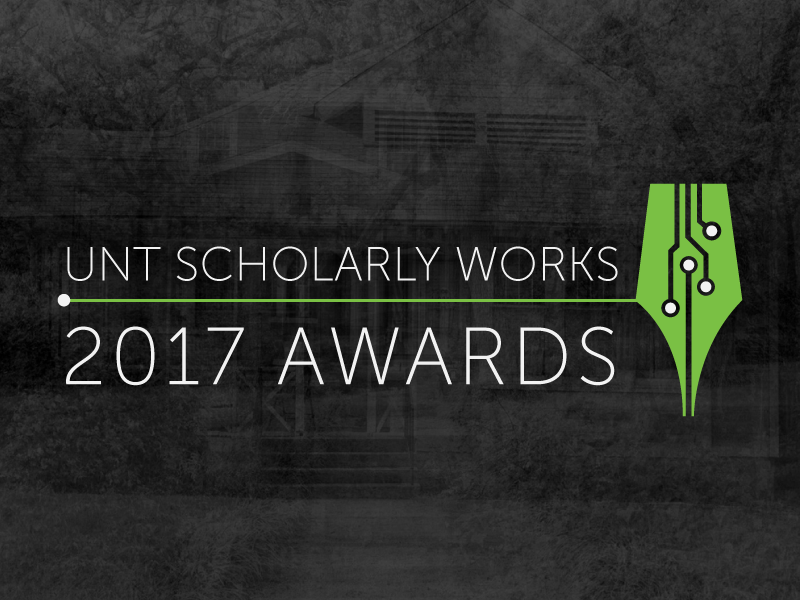 Sponsored by the UNT Libraries, the 2017 UNT Scholarly Works Outstanding Contributor Award recognizes contributors whose items included in the UNT Scholarly Works institutional repository were accessed the most frequently and/or had the highest number of downloads. Awards are made in two categories: UNT Libraries Employees and Other UNT Community Members. Previous winners were ineligible.

Mark Vosvick is a behavioral scientist and associate professor of counseling psychology in UNT’s College of Arts and Sciences. Vosvick trained at Yale, Rutgers, Harvard, Stanford and the Medical College of Wisconsin before coming to UNT. Vosvick mentors both undergraduate and graduate students in research on psychosocial issues related to health and wellness in ethnic, racial, gender and sexual minority communities. Vosvick’s mentoring philosophy is holistic in that in addition to discipline content, he believes professional behavior and identity formation are all part of the educational process. As part of this philosophy, he encourages his students to give back through community engagement.

From April 1, 2016 to March 31, 2017, Dr. Vosvick has contributed 63 items with a total of 276 uses during this period. His contributions include large-format posters produced through the Center for Psychosocial Health Research, in collaboration with graduate and undergraduate students, including several McNair Scholars. These items demonstrate the wide breadth of research conducted by his lab, their commitment to community engagement, and the numerous opportunities provided for mentorship and collaboration.

You can view Dr. Vosvick’s works within the UNT Scholarly Works Collection.

Catherine Sassen is the Principal Catalog Librarian at the University of North Texas Libraries. Previously she served as a catalog librarian at Georgia State University. She received her B.A. from the University of Montana, and her M.L.S. and Ph.D. from UNT. She has published and presented on cataloging, assessment, career development and indexing.

From April 1, 2016 to March 31, 2017, Dr. Sassen has contributed 7 items with a total of 230 uses during this period. These contributions include not only her refereed journal articles, but also the data, survey instruments, bibliographies, and even authority record examples. This supplemental data allows users to gain a better understanding of the research she and her collaborators have conducted in library assessment and cataloging practices.

You can view Dr. Sassen’s works within the UNT Scholarly Works Collection.