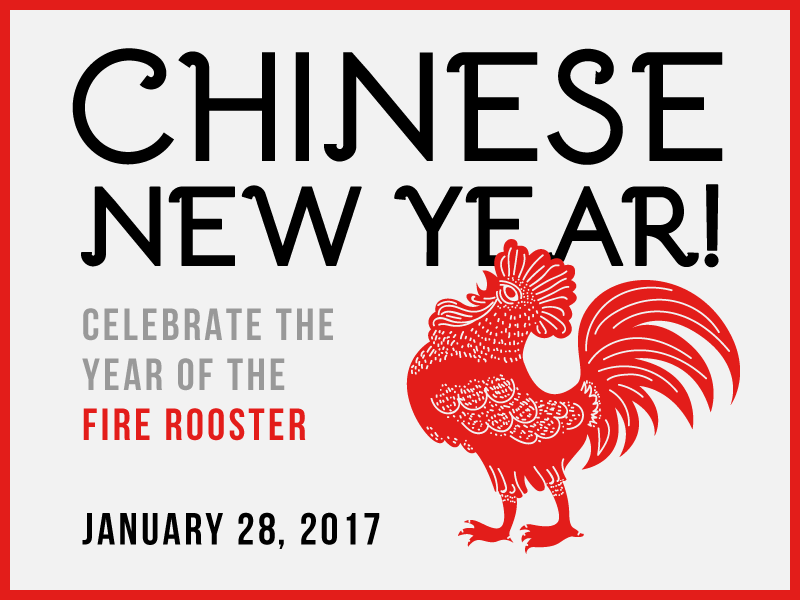 The Chinese New Year, also known as the Spring Festival, is a significant part of Chinese culture and tradition. It marks the the resetting of the lunar calendar, and every year is represented by one of twelve animals that symbolize different traits and luck for the new year. These rotate in a cyclical manner, with each sign resurfacing every 12 years. This Saturday, January 28, marks this change in the lunar calendar and the start of a new year.

UNT Libraries has a wealth of resources relating to the New Year as well as Chinese culture. You can:

People across China and around the world celebrate the New Year by visiting family, feasting, and engaging in an extended period of optimism and hope for prosperity. Schools and universities in China take a break, and the 40 days surrounding the holiday mark the largest annual human migration on the planet - approximately 3.7 billion trips in total.

The New Year’s Eve dinner is an important component of the festivities. Eight or nine dishes are usually served, as those numbers are considered lucky. Common foods served at dinner are dumplings and fish, which symbolize prosperity.

Luck is integral to New Year traditions, with red, a famously lucky color, adorning decorations and clothing. Elders and adults give “red packets,” or red envelopes containing money, to young children to bring them good fortune in the new year. To avoid bad luck, people avoid taking medicine, sweeping, and needlework among other things on New Year’s Day. Certain gifts, such as clocks and knives, are taboo on this day, as they represent the bestowing of bad luck on the receiver.

China is not the only place that celebrates the renewal of the lunar year; other places that observe the holiday include Hong Kong, Macau, Taiwan, South Korea, Japan, Mongolia, Vietnam, Singapore, Malaysia, Indonesia, Brunei, and the Philippines. Many people within the United States as well as around the world outside Asia also celebrate.

The Year of the Fire Rooster

On January 28, the Year of the Monkey will end and the Year of the Rooster will officially begin. In the Chinese zodiac, the rooster is honest, energetic, intelligent, flamboyant, flexible, diverse and confident. What makes 2017 even more special is that it’s specifically the year of the Fire Rooster, which hasn’t featured since 1957.The fire rooster symbolizes power and resourcefulness as well as vivacity, vanity, and outspokenness.

Other types of roosters include Wood, Water, Earth, and Gold Roosters.

According to common belief, when the zodiac sign of your birth comes around, you are guaranteed bad luck for the year and must try to avoid it by wearing something red given to you by an elder.