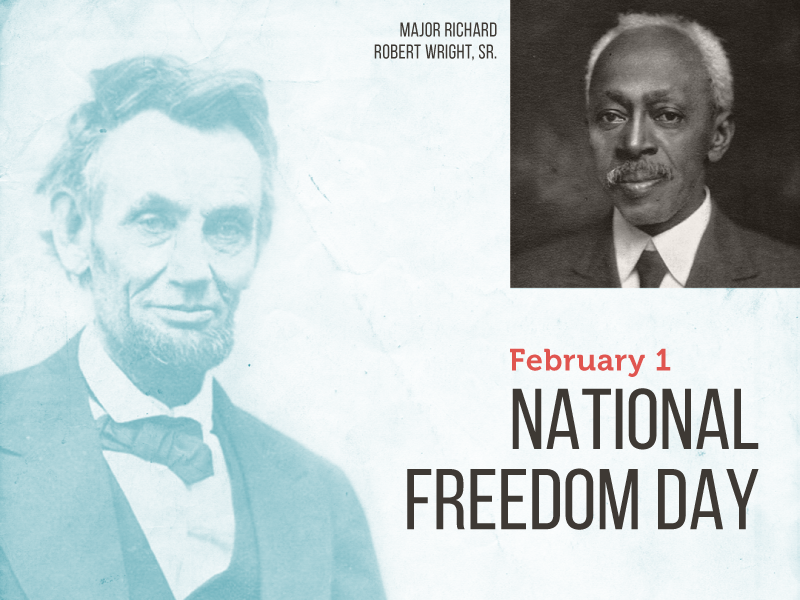 On February 1, 1865, President Abraham Lincoln signed a joint congressional resolution proposing the 13th Amendment, taking legal steps to officially outlaw slavery in the United States. This was a momentous event in our history, as it followed the horror of the American slave trade and the Civil War.

The push to create this national day of remembrance was led by Richard R. Wright, Sr., a former slave, military officer, educator, civil rights advocate and politician who argued that the signing was the true harbinger of freedom for African Americans instead of the Emancipation Proclamation.The signing of the 13th Amendment became a federally recognized holiday in 1949, when President Harry Truman issued a proclamation declaring it so.

UNT Libraries has several key resources that can help you better understand the historical context and significance of this day: