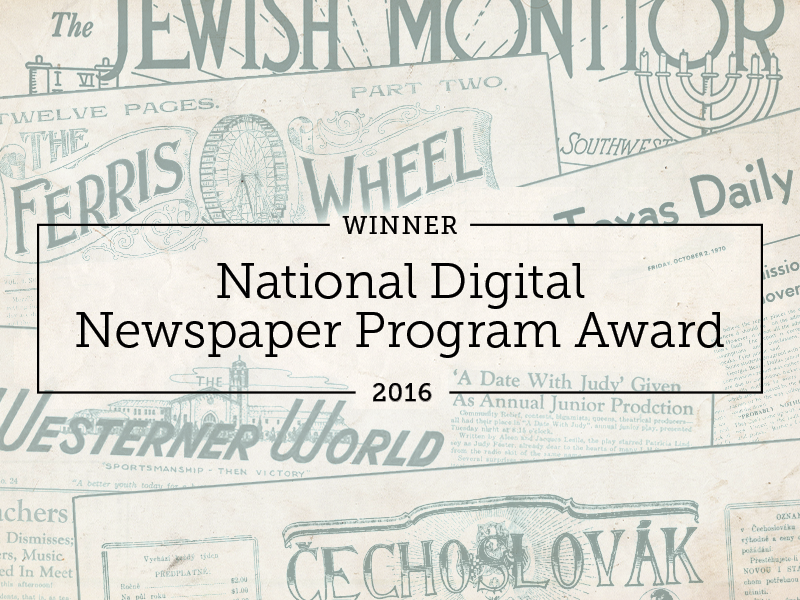 This award is for $200,000 and will build access to an additional 100,000 pages of Texas newspapers on Chronicling America, to spotlight community identity in Texas. This time, the news is even more exciting because these additional newspapers will be in Spanish and German. Access to these additional issues and languages in a national context will represent and support the large populations in Texas whose ancestors settled here in the 19th-century and documented their experiences in these very newspapers.

In addition to adding the newspapers to Chronicling America, where Texas identity can be preserved alongside other state awardees’ newspapers, we will include these newspapers in the Texas Digital Newspaper Program (TDNP).

To learn more, please see the full article The National Endowment for the Humanities has Selected UNT Libraries for Another Round of the National Digital Newspaper Program on The Portal to Texas History website.