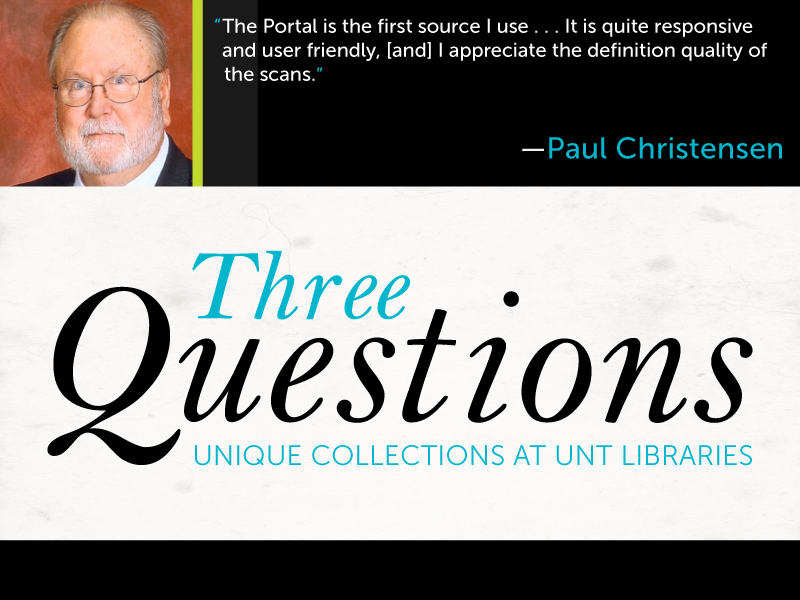 Three Questions is an initiative to share the value that our faculty, students, and others in the UNT community derive from using the Unique Collections at UNT Libraries.

The Christensens co-produce all their projects working as a team… an approach they believe is responsible for the success of 48 years of marriage and 43+ years of award winning production excellence. The Christensens live south of Houston on the Texas Gulf Coast.

Their work has crossed all lines of music… from the jazz of Ramsey Lewis, Dizzy Gillespie, Michael Franks and Al Jarreau; the rock of U2, Van Halen, Little Feat and Neil Young; the country of Reba McEntire, Carrie Underwood, George Jones and Garth Brooks; the blues of B.B. King, Buddy Guy, Bobbie Blue Bland and Robert Cray; the R&B and funk sounds of The Neville Brothers, The Meters, The Commodores and Johnnie Taylor, to the gospel sounds of Kirk Franklin, Donnie McClurkin, Fred Hammond and the Mississippi Mass Choir.