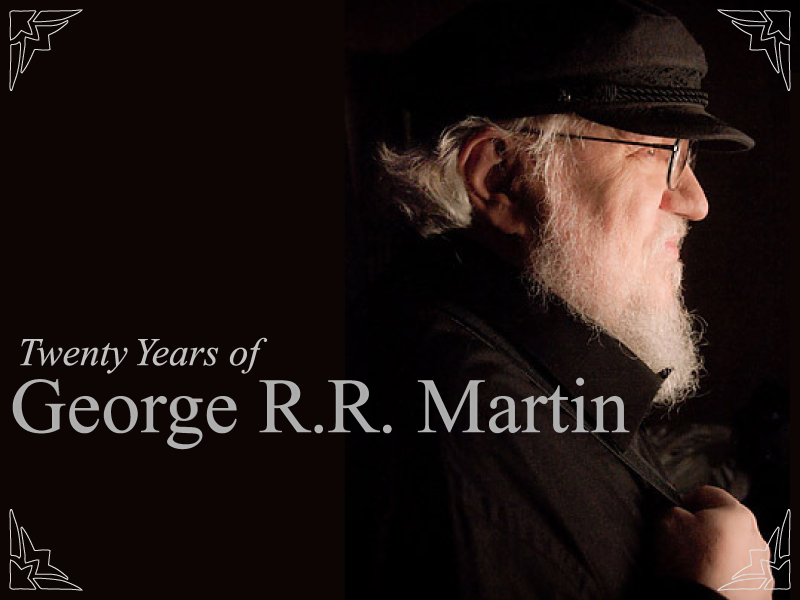 Whether you’re a fan of the books and TV show or if you’re just starting to explore the world George R.R. Martin created, UNT Libraries have got you covered.

On August 6, 1996, George R.R. Martin released a fantasy novel that was only moderately successful. For his book tour, he stopped in Denton to promote his latest creation. The book in question was titled A Game of Thrones and was originally meant to be the first book in his trilogy A Song of Ice and Fire.

In a podcast interview with Geek’s Guide to the Galaxy, Martin recalled how on the Texas leg of his Game of Thrones book tour he stopped at a book store in Dallas, where to his surprise he had been scheduled to sign books at the same time as Clifford the Big Red Dog.

Now, 20 years later, this same book has topped bestseller lists and turned a modest trilogy into a seven-part epic fantasy saga that was adapted into the popular HBO show Game of Thrones in 2011, as well as a growing repertoire of various games, merchandise, and a videogame.

To learn more about George R.R. Martin, check out the official repository of all his work.