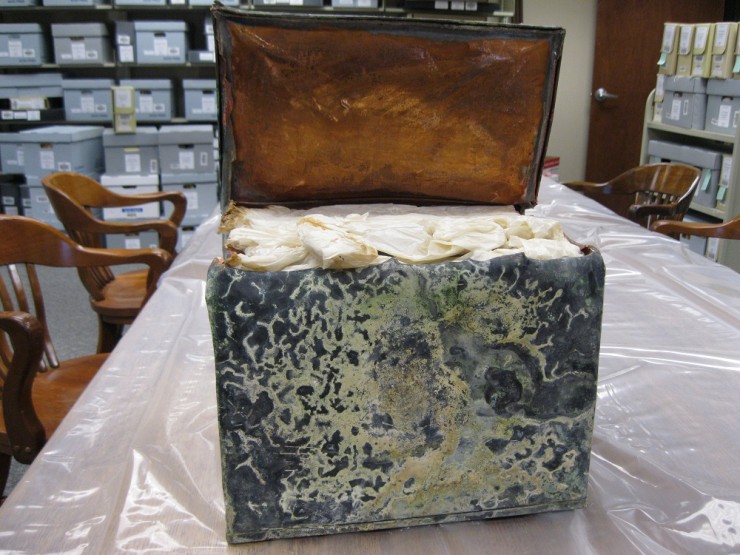 On April 16 the University of North Texas community came together to celebrate our 55th annual University Day, the anniversary of the day our institution became a University. Prior to May 1961, the North Texas State College had already evolved from a Teacher Training Institute, to a Normal College, and into a Teachers College since its inception in 1890.

Our transition from college to university became official following a vote by the Texas legislature and Governor Price Daniel‘s signature. In celebration, the first University Day was held on May 10th, 1961. University Day is now an annual event, celebrated on or around May in celebration of our community achieving this important milestone.

In 1962, the United Students of North Texas (the student government association at the time), documented our first year as a university in a time capsule, filling it with items that reflected the activities and concerns of the campus they served. They buried the time capsule in front of the Administration Building as a gift to the future.

A second time capsule was buried on University Day in 1988 to commemorate another significant University milestone: the seventh, and last name change, when we adopted our current moniker, the University of North Texas.

Though buried over two decades apart, both capsules had one significant similarity: both were designed to be opened on University Day, 2015. The UNT president, along with a smattering of power tools and construction equipment, unearthed both capsules last week, and the Special Collections staff here at UNT Libraries was honored to be among the first to discover what fascinating treasures hid within. You can view a video of the unearthing here.

Both capsules were well-preserved due to the materials used to house them. The 1962 capsule alone weighed over 350 pounds! Before they were buried, the artifacts in each capsule were carefully packed into a small copper box measuring 9 x 14 x 11 inches, then cast in either limestone (1962), or steel reinforced concrete (1988). Both boxes were buried in the flowerbed under the flagpole in front of the Hurley Administration building.

Special Collections staff were happy to discover almost all the artifacts in the time capsule were in good condition. Due to the steel reinforcements of the 1988 box, University facilities used a water-saw to open the encasement. A small amount of water seeped inside the box, and some of the artifacts got wet. Our preservation Librarian, Jessica Phillips, took swift action to prevent any mold or deterioration, and the items spent the day undergoing various conservation treatments to prevent mold or other damage.