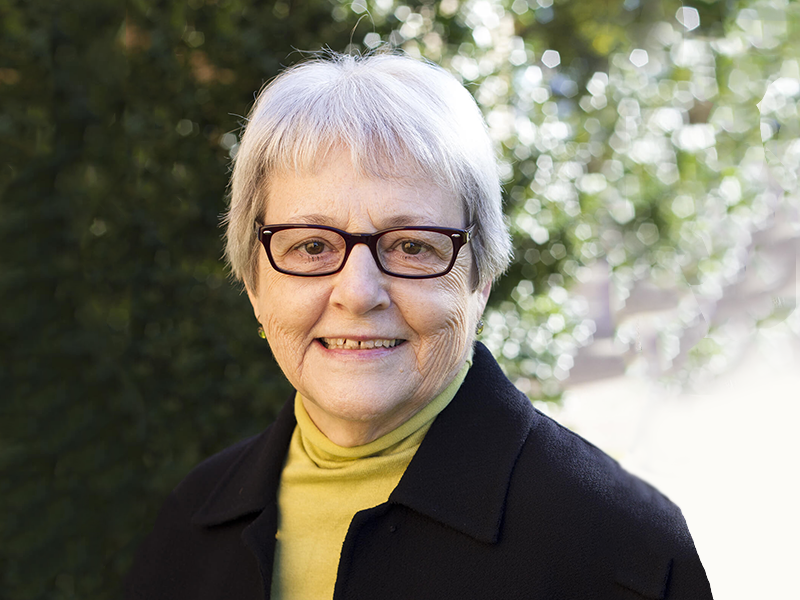 Recently, Cathy Nelson Hartman announced her decision to retire after a fruitful, visionary and distinguished career at UNT. She will be with us until the end of December 2015, and in 2016 will be continuing on in a volunteer capacity on the Library Advocacy Board. Her impact on her discipline at the local, national, and international levels is demonstrated through more than $6 million in externally funded projects and research and leadership in professional organizations.

Cathy started her career at UNT in 1995 as a Documents Librarian in the Government Documents department, and her time there was dedicated to the fundamental principle that the public has the right to reliable and permanent public access to government information regardless of format. Through her leadership, UNT forged partnerships at multiple levels to preserve the public record. The Texas Secretary of State’s office worked with Cathy to preserve and provide permanent access to the Texas Register, and a formal partnership with the Texas State Library and Archives Commission further secured important Texas state electronic records.

At the national level, UNT is known in the Government Documents field for two ground-breaking programs she initiated, the CyberCemetery and the End-of-Term Presidential web harvests of the .gov domain. The CyberCemetery captured the websites of defunct federal agencies and commissions, and UNT alone held a copy of this information critical to the national record. Due to Cathy’s foresight in preserving vital government-related digital collections, the UNT Libraries exist as one of only ten Affiliated Archives of the National Archives and Records Administration (NARA), and is one of only three universities in the U.S. to hold that distinction, along with the U.S. Naval Academy and West Point. In 2015, the U.S. Government Printing Office named UNT as the Library of the Year.

In 2002, Hartman launched her boldest initiative, The Portal to Texas History, a collaborative effort between Texas libraries, museums, archives, historical societies and educators to present Texas History materials online. Brenda Gunn with UT’s Dolph Briscoe Center for American History notes that, “Most historical documents never receive one moment of attention outside of an archives reading room.” Cathy forever changed that paradigm by placing unique, historically significant materials online for anyone to access. Since its humble inception, the Portal has grown to include over 300 cultural heritage partners across Texas and provides online access to nearly seven million digital files encompassing the rich history of our state. With over 600,000 visitors a month, the Portal serves up iconic treasures of Texas history to a global audience.

In recognition of her national leadership in digital preservation, in 2011, Cathy was elected to the board of the International Internet Preservation Consortium, and in 2013 she served as the Chair of the Board. Nationally and internationally recognized in her field, a few of her awards include being named a “Digital Preservation Pioneer” by Library of Congress, and honored with a Documents to the People Award by the American Library Association and several other awards from professional associations. She’s also served on Advisory Boards for the Federal Depository Library Council (Chair, 2002-03), the Goddard Space Flight Center Library, as co-Chair of the National Digital Stewardship Alliance Content Working Group, Texas Records Management Interagency Coordinating Council, the preservation metadata standards group - PREMIS, and as founder of the Texas Heritage Digitization Initiative.

As a Principal Investigator, Cathy was awarded grants from foundations, state and national agencies totaling over six million dollars in external funding during her career. She served as the Asst. Dean for Digital and Information Technologies from 2005-10, and became Associate Dean in 2010, taking on a pivotal role in managing library operations. In addition to bringing in substantial funding for UNT, Cathy has also given back. In 2012, she established the Cathy Nelson Hartman Portal to Texas History Endowment to enable UNT to extend the impact of the Portal by creating a permanent, sustainable source of income.

Cathy’s exemplary service as a leader and visionary have impacted the information landscape, and brought positive recognition to UNT at the state, national, and international level.

Please plan to join us on Thursday, December 10 at Harvest House in Denton at 5:00 p.m. and help us celebrate the extraordinary career of Cathy Nelson Hartman. Harvest House is located at 331 E Hickory St, 940-218-6148. We hope to see you there!