A Hearing Regarding Fair Use and Baby Steps Toward Open Access 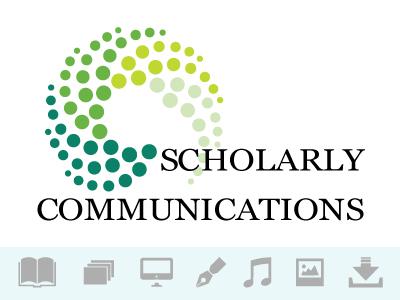 Subcommittee Hearing Regarding Fair Use

Yesterday, the Subcommittee on Courts, Intellectual Property, and the Internet of the Judiciary Committee heard testimony regarding fair use. This testimony was in response to the actions of some members of Congress currently considering whether to propose a bill to statutorily expand or minimize fair use. The individuals who testified at the hearing yesterday included Professor Peter Jaszi, the faculty director of the Glushko-Samuelson Intellectual Property Clinic at the American University Washington College of Law; Professor June Besek, the Executive Director of the Kernochan Center for Law, Media and the Arts at the Columbia Law School; Ms. Naomi Novik an author and co-founder of the Organization for Transformative Works; Mr. David Lowery, a singer, songwriter, and lecturer at the Terry College of Business at the University of Georgia; and Mr. Kurt Wimmer, the General Counsel at the Newspaper Association of America. Each of these individuals offered written and oral testimony that covered the full gamut of how numerous individuals believe how fair use should be applied to new digital technologies.

Before examining some of the testimony given by these individuals, let us quickly reexamine the doctrine of fair use. According to the doctrine of fair use, one may use another creator’s copyrighted work, or portion of their work when the subsequent user meets the standards laid out in the fair use test. Also remember, although originally created by case law, fair use is a statute that has been passed by Congress. In general, if one meets three or more of the four prongs in the statutory fair use test, he or she should feel confident in using a copyrighted work. If one meets only two prongs of the test, there is some risk involved. If one meets only one or less of the prongs of the fair use test, then one should look to similar items that meet the fair use test, that are licensed for use with a Creative Commons license, that are designated as open access, or one should return to the tabula rasa and commence a new path.

In reviewing the above-mentioned statute, some members of Congress recently stated they would like to either expand or contract the doctrine of fair use, hence the subcommittee hearing yesterday. As predicted, the testimony at this hearing varied as some quipped pro-expansion comments and others advocated for contraction in the utilization of fair use. For example, Kurt Wimmer’s testimony seemed to suggest he believed fair use was working well with the transition of print newspapers to a digital format. Naomi Novik, who co-founded the Organization for Transformative Works advocated that fair use should be expanded and strengthened to meet the needs of new digital technologies. Whereas, Professor June Besek at the Columbia Law School advocated for a contraction of fair use warning that interpreting the fair use doctrine with few boundaries to what a subsequent user may do with a copyrighted work is worrisome.

Despite the attention to the hearing yesterday, it is unlikely Congress will amend the fair use doctrine any time soon. For one thing, this current Congress does not have a stellar record of passing a lot of legislation. If an amendment did pass, it likely would be tacked on to a larger piece of legislation. However, not tweaking fair use, for now anyway, is probably positive for libraries. Remember when legislation is passed it is up to our courts to interpret the legislation, and that interpretation is usually to what citizens, libraries, and other entities are supposed to adhere. Today, despite various appeals and possible negative oral argument at the appellate level, it still appears that the progress of such cases as Cambridge University Press v. Becker and the Authors Guild v HathiTrust reveal positive headway for libraries and the academy’s use of materials for educational purposes via fair use. Further, for those who do not like the manner in which fair use is currently being implemented, have you ever heard the saying “the devil you know is better than the devil you do not know?” In other words, if Congress tweaks or issues a massive overhaul of the fair use doctrine the courts would ultimately be given a fresh stab at interpreting such newly revised legislation. Since the judicial progress of cases interpreting our current version of the fair use statute is mostly pro-use, if you will, it might behoove libraries if Congress leaves fair use as is, for now, and instead consider offering a more liberal approach to section 108 of title 17 of the United States Code. Such liberalization of this statute could offer more explicit latitude for libraries to digitize content and make it publicly available. Also, it would be helpful if Congress would give more consideration to passing legislation that strengthens open access without extended embargoes.

Speaking of open access, Congress recently passed an Omnibus Appropriations Bill that is a step in the right direction in improving access to taxpayer-funded research. This legislation directs federal agencies (with research budgets more than $100 million per year) within Labor, Health, and Human Services and Education to provide online access to articles funded by that research, however, these articles may be subjected to a 12 month embargo. This legislation is more legally robust than the White House Office of Science and Technology Policy (OSTP) Directive on Public Access issued by President Obama a few months ago, however, it is hopeful Congress will soon consider putting forth legislation that promotes open access and does not permit such extended embargoes. For example SPARC is currently calling for this law to be strengthened by decreasing the embargo period to 6 months, making access to these materials available via a centralized repository, and providing universal access to these materials.