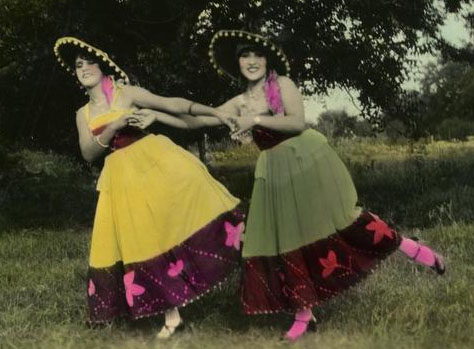 So just what is the Carpa Cubana? Basically, they were circus performers. The “carpas” combined traditional circus acts such as acrobats and clowns with theatrical performances such as singing, dancing, and comedy routines. Curator Amy Fulkerson of the Witte Museum wrote “The carpas have had a lasting influence on contemporary Mexican-American Theater and have created characters such as the pelado, or underdog, who used comedy to comment on working-class Mexican American life that would be familiar to today’s audience…and San Antonio was the hub of carpa activity in Texas.”