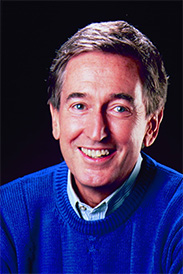 Bob McGrath is a singer, composer, and actor best known for his role as Bob Johnson on Sesame Street from 1969 until 2016. Mr. McGrath donated a collection of 24 boxes of band and symphonic works to the UNT Music Library in 2017, and the collection is currently being processed for detailed description.

The collection contains repertory not only from his career on Sesame Street, but also from his early career with Mitch Miller and as a pop singer in Japan, as well as from various singing engagements around the United States and Canada.