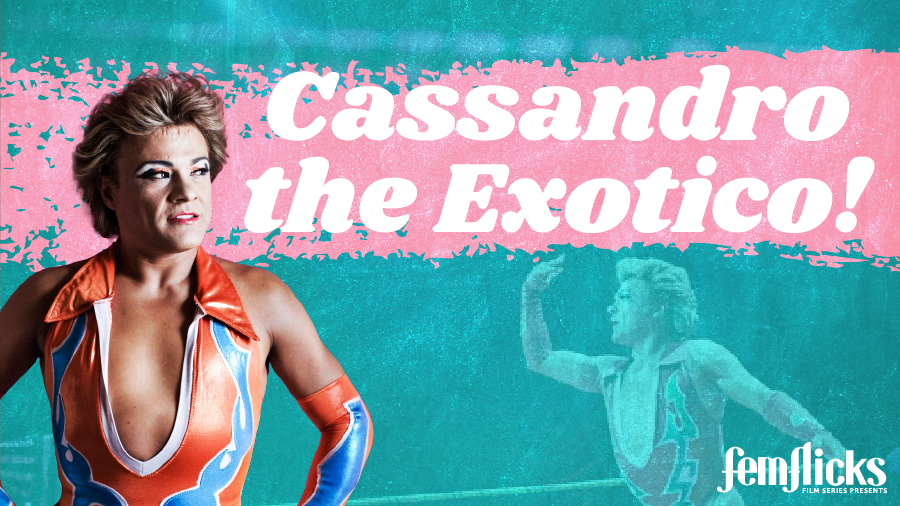 Fem Flicks kicks off this fall with a screening of “Cassandro the Exotico!”

This stirring feature portrait of lucha libre star Cassandro in his waning years in the ring is less a swan song than a meteor shower rendered in Technicolor. Famed as much for his flamboyant drag and sky-high pompadour as for his show-stopping kicks and flips, Cassandro’s trailblazing ascent as one the industry’s first openly gay wrestlers has resonated internationally for a quarter century.

Marie Losier captures the moving, at times humorous, and always colorful dualities of this legendary figure with her talent for forging intimacy with a subject while celebrating his individuality broadly.

Cassandro, a prize-winning fighter who reinvented a staunchly macho sport, exudes resilience of all kinds—from the physical power to leave his opponents KOed to an ability to revisit past trauma and cope with the scars of a body pushed to its limits.

The screening will be followed by a discussion facilitated by Mathew Rodriguez, Communications Coordinator of Cara Mia Theater.