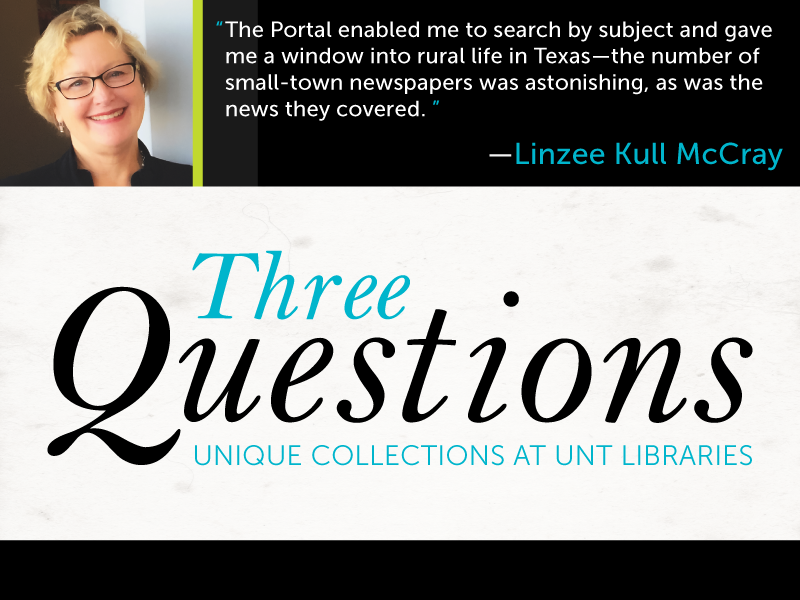 Three Questions is an initiative to share the value that our faculty, students, and others in the UNT community derive from using Unique Collections at UNT Libraries.

Linzee Kull McCray is a writer and independent curator with a focus on art, textiles, and craft. She is the author of Feed Sacks: The Colourful History of a Frugal Fabric (UPPERCASE, Calgary, Canada, 2016). She was a writer and editor of publications for the University of Iowa, has a master’s degree in journalism from the University, and taught magazine writing and reporting to UI journalism students. Her writing appears regularly in magazines and online. Her book Art Quilts of the Midwest (University of Iowa Press, 2015) has been the subject of exhibitions at the International Quilt Study Center and Museum (Lincoln, NE), the National Quilt Museum (Paducah, KY), and the Iowa Quilt Museum (Winterset, IA). It will be on view at the Texas Quilt Museum (LaGrange, TX) from June 29 to October 1, 2017.