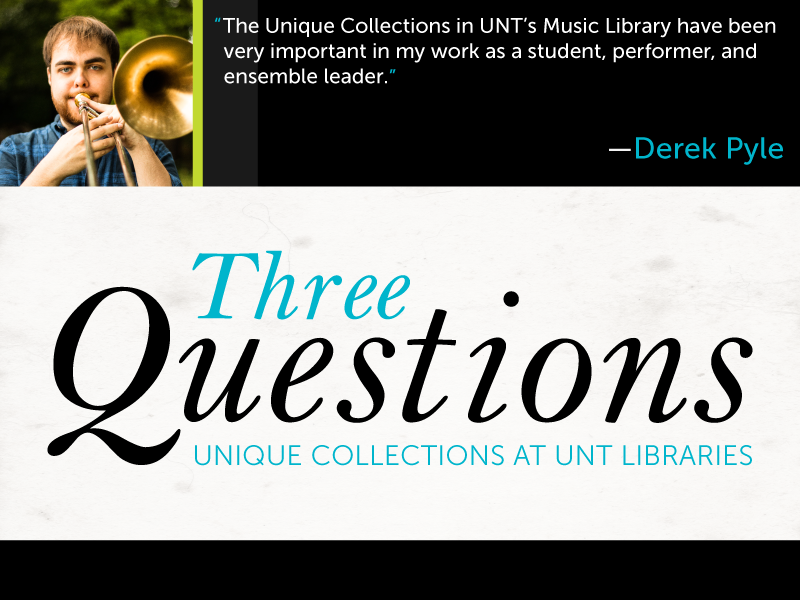 Three Questions is an initiative to share the value that our faculty, students, and others in the UNT community derive from using the Unique Collections at UNT Libraries.

Derek Pyle is a senior jazz studies major at UNT, where he plays lead trombone in the Two O’Clock Lab Band and U-Tubes Jazz Trombone Ensemble. A freelance trombonist, composer, arranger, and educator, he has performed with notable artists such as John Clayton, Tito Puente, Jr., Tom “Bones” Malone, John Fedchock, Arturo Sandoval, Jon Faddis, Greg Gisbert, and Bernard Wright. After graduating from UNT, Derek plans on pursuing a Masters Degree in Studio Music and Jazz Performance at the University of Miami in Coral Gables, Florida.