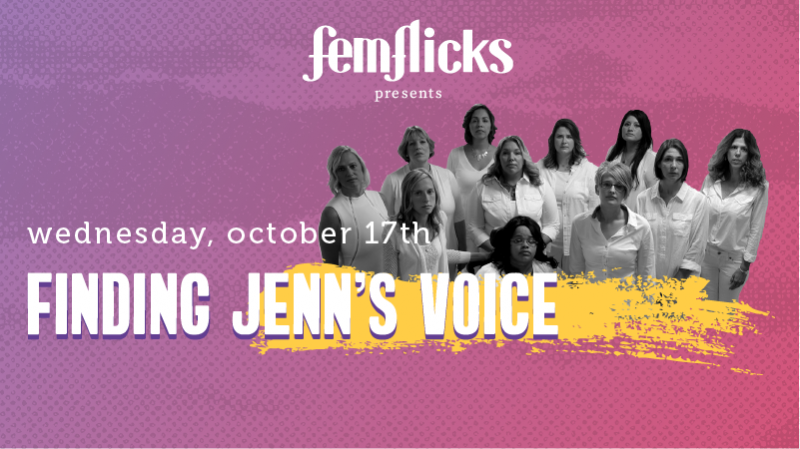 The second Fem Flicks film screening of the semester is Finding Jenn’s Voice, a film by director Tracy Schott about the murder of Jennifer Snyder. This film addresses the important issue of intimate partner violence and homicide.

The screening will begin at noon on Wednesday, October 17, in Room 250H of Willis Library. We will provide free pizza for this lunch-time screening, but viewers are welcome to bring their lunch as well.

On March 16, 2011, 27-year old veterinary technician, Jennifer Snyder of Allentown, PA was murdered by her married boyfriend of more than two years after he learned that she was pregnant. The director was moved to create this documentary after learning a disturbing fact: homicide is a leading cause of death during pregnancy. The film examines the anatomy of abusive relationships and looks beyond the visible traumas associated with them.

The Fem Flicks Film Series is a joint effort of the UNT Women’s Studies Program, the UNT Multicultural Center and the UNT Media Library. A guest lecturer will accompany select events.

Fem Flicks is a free film series spotlighting the intersectional identities of all gender identities and expressions, and their impact(s) on society and vice versa. A brief discussion follows each screening. Fem Flicks is presented by the Multicultural Center, the Media Library, and the Women’s & Gender Studies Program.