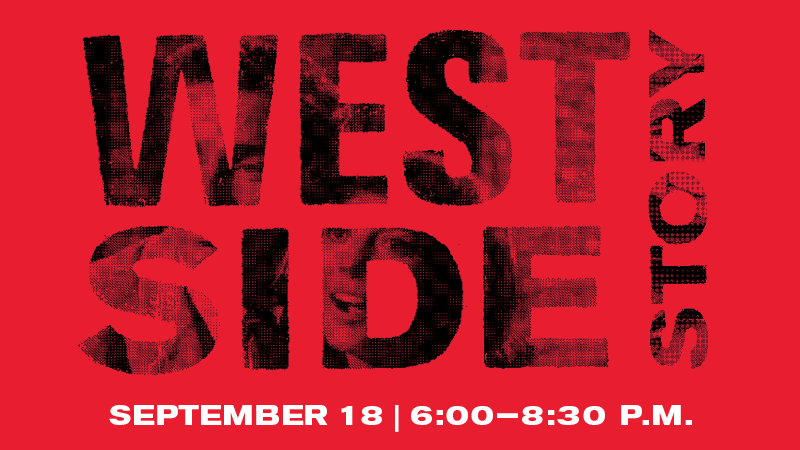 Join us for a public screening of “West Side Story” on Tuesday, September 18, 6:00 - 8:30 p.m. in the Music Building’s Merrill Ellis Intermedia Theater. This screening will coincide with the centennial celebration of composer Leonard Bernstein’s birthday.

Bernstein was the composer on iconic movies and musicals such as “West Side Story”, “Peter Pan” and “On the Waterfront” and served as the music director of the New York Philharmonic for many years. He composed the music for the stage play and film versions of “West Side Story”.