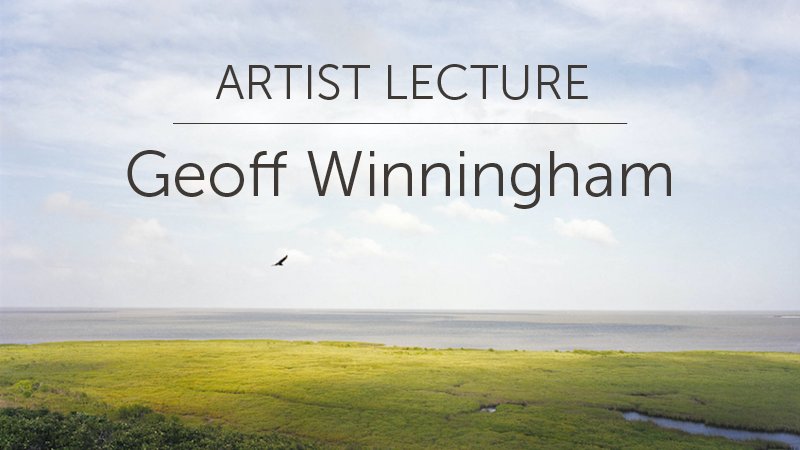 Photographer Geoff Winningham will discuss his nationally-renowned, prize-winning photography. Over a career that spans nearly 50 years, he has received two fellowships from the John Simon Guggenheim Foundation, five grants from the National Endowment for the Arts, and numerous commissions. He has published ten books and completed three documentary films on a wide variety of subjects, primarily related to Texas and Mexican culture.

His book Traveling the Shore of the Spanish Sea: The Gulf Coast of Texas and Mexico (2010) won both the Ron Tyler Prize from the Texas State Historical Association and the J. B. Jackson Award from the Foundation for Landscape Studies. His photographs are in major collections across the United States, including the Museum of Modern Art and the Metropolitan Museum of Art, New York; the Boston Museum of Fine Arts; the Museum of Fine Arts, Houston; San Antonio Museum of Art; the Museum of Photographic Arts, San Diego; and the Wittliff Collections. This lecture is presented in collaboration with UNT’s College of Visual Arts and Design.