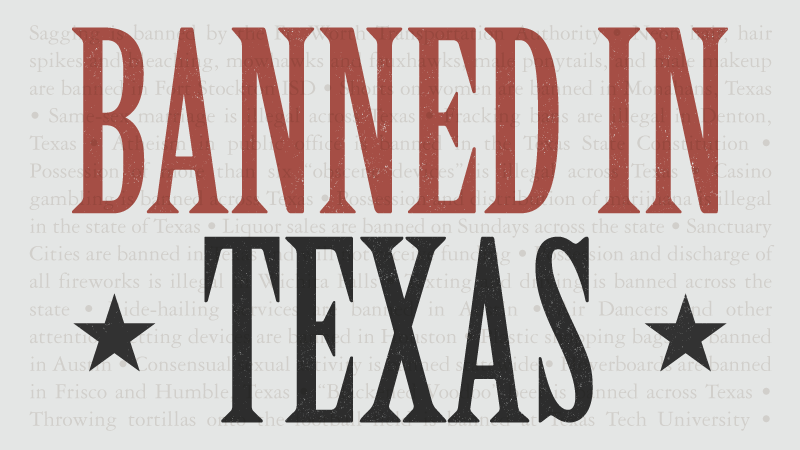 So many books are banned or challenged in Texas school districts and libraries each year that the American Civil Liberties Union gives Texas its own individual report. Like Whataburger or high school football, censorship has become a Texas tradition.

It’s not just books. Texas has banned movies and manga. It’s banned fracking and then banned banning fracking. The state has even banned banning backyard chickens. The list of things banned in Texas is as long as a West Texas summer. Whether it’s freedom of expression, the freedom to read, or the freedom to use the bathroom synonymous with your gender identity, Texas is at the forefront of conversations about what’s permissible in society.

This exhibit explores items from UNT Libraries’ unique collections that engage with these conversations from all perspectives. It will be on display in the Willis Library Forum August 28th—December 11th, 2017.